Kenyan election in facts and figures

NAIROBI, Kenya, Aug 6 – Kenya goes to the polls on Tuesday in a closely fought race to elect the fifth president since independence from Britain six decades ago.

Here are some facts and figures about the vote:

From an initial shortlist of 17, four candidates were cleared to run for president, the smallest number since multiparty democracy in the early 1990s.

William Ruto, 55, served as a lawmaker and agriculture minister before becoming deputy president in 2013. The ambitious rags-to-riches politician is running for the United Democratic Alliance (UDA) pledging to fight for “hustlers” trying to make ends meet.

Raila Odinga, 77, is the veteran opposition leader now backed by longtime rival Kenyatta and is running under the Azimio la Umoja-One Kenya Coalition. The former prime minister has previously lost four shots at the presidency in 1997, 2007, 2013 and 2017.

David Mwaure, 65, is a senior lawyer and ordained minister running on the Agano (Swahili for “covenant” or “promise”) Party ticket.

Election of the president, for a five-year term, is by direct popular vote. The winner needs 50 percent plus one vote and at least a quarter of the votes in 24 of the 47 counties.

One of the costliest polls in the region, parliament has approved a 40.9-billion-shilling ($347-million) budget for the Independent Electoral and Boundaries Commission (IEBC).

The African Union, the European Union and the Commonwealth are among those to send observers to monitor the polls.

At the polling station, the voter’s identity is checked biometrically using an electronic system that scans their fingerprint.

Each voter receives six ballot papers, each a different colour, for each of the six different elections.

Before they leave, indelible ink is applied to the voter’s finger to ensure they cannot vote again.

The IEBC says manual registers will be used as backup if the electronic system fails, a source of dispute between the rival candidates.

More than 1,100 polling stations have no access to 3G or 4G networks with the electoral body saying it will use satellite modems to ensure coverage.

About 150,000 officers will be deployed to ensure the safety of the polls, police chief Hilary Mutyambai said.

Polling day has been declared a public holiday, schools have been ordered closed until Wednesday, and supermarkets have urged people to stock up.

Politically driven ethnic violence broke out after the 2007 poll, killing over 1,100 people.

In 2017, dozens of people were killed. Their deaths were blamed on police brutality following the chaos and acrimony that followed the polls.

Results are due to be announced no later than August 16 from the national tallying centre in Nairobi.

Some observers say the presidential race could be so close there may be a run-off for the first time in Kenyan history.

Any second round must be held within 30 days.

If no candidate files a challenge to the results with the Supreme Court, the winner takes office two weeks after final results are announced.

But if the court orders an annulment, a new vote must be held within 60 days.

In a historic decision in 2017, the court declared Kenyatta’s win null and void after a petition by his rival Odinga because of widespread “irregularities and illegalities” in the counting process and mismanagement by the IEBC.

The incumbent went on to win the rematch after an opposition boycott. 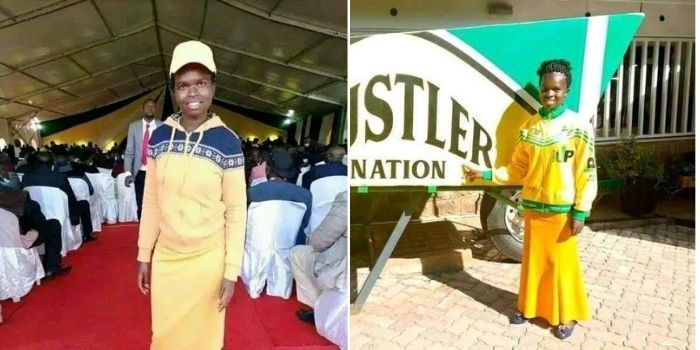 I Spent Only Ksh100k - Youngest Woman MP on Campaign Funding... Ruto leading in results so far released by IEBC Ruto, Raila turn to God as presidential vote-tallying gets u...